When I was getting ready to sit down with the multi-disciplinary Wang Hua Li, I didn’t exactly know what I was in for — that I was about to meet one of the most colourful artists, from the inside out. Upbeat and uncompromising, Hua Li stood on her rainbow roller skates, a hobby she picked up at the beginning of the pandemic. I can show you some tricks! — she yells as she teetered away while cracking a smile that would cure all bleakness stored during the pandemic. It’s in this carefree spirit that Hua Li approaches life and personal growth, with positivity, self-awareness and the understanding that greatness is built off small setbacks.

Wow, nice tricks! That’s amazing! How are you, Hua Li? How have you been dealing with lockdown? And how did you stay creative and productive during these uncertain times?

Hi! I am so delighted to be chatting. The pandemic has been very challenging for me on both professional and personal levels, but I think I’m lucky in that ever since I was a kid, I found comfort and solace in writing songs. For the past year, I’ve been making routines for myself around getting to the piano, warming up my voice and spending time writing every day — in a time where so much is out of our hands, it feels good to have control of these daily creative rituals. 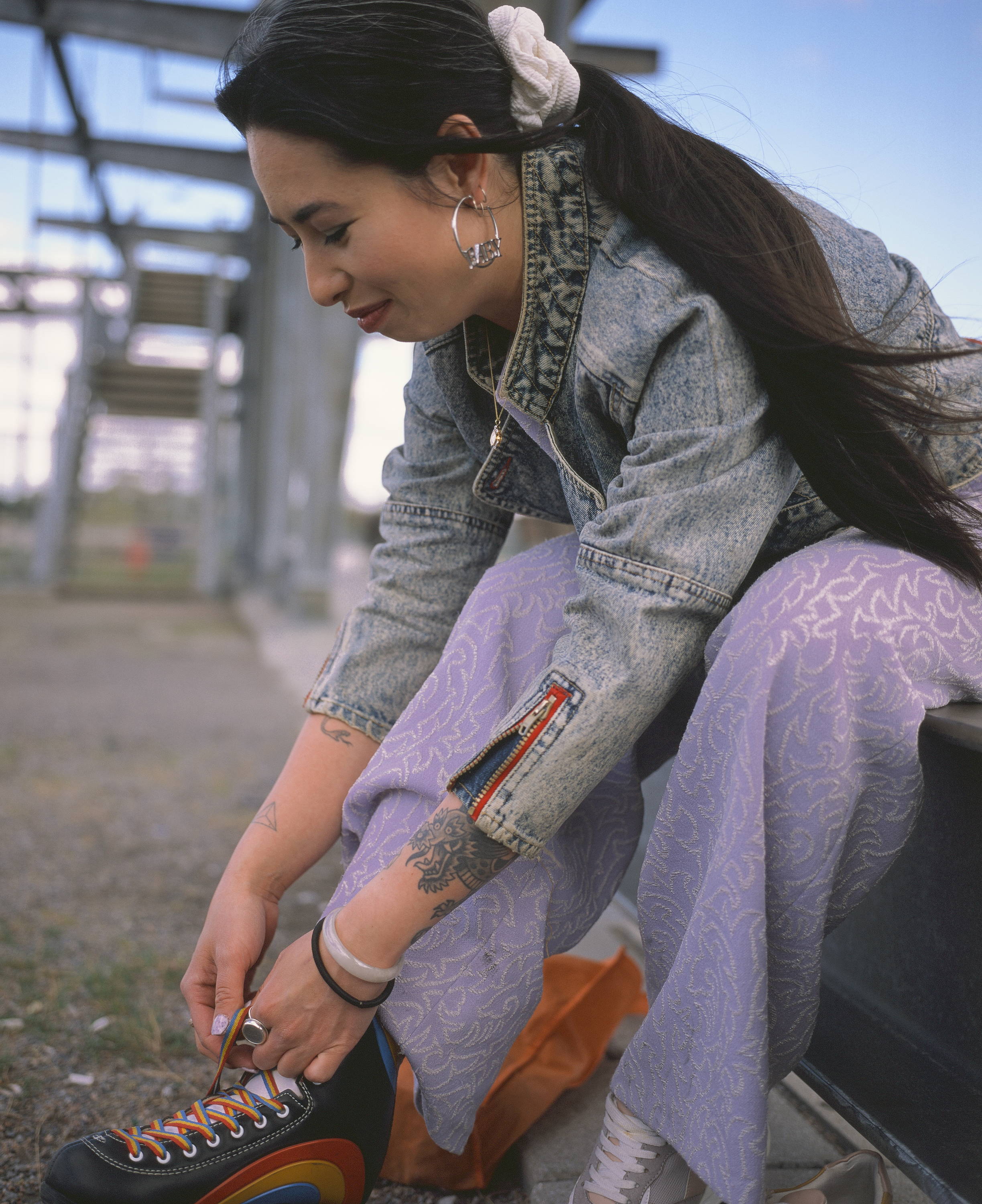 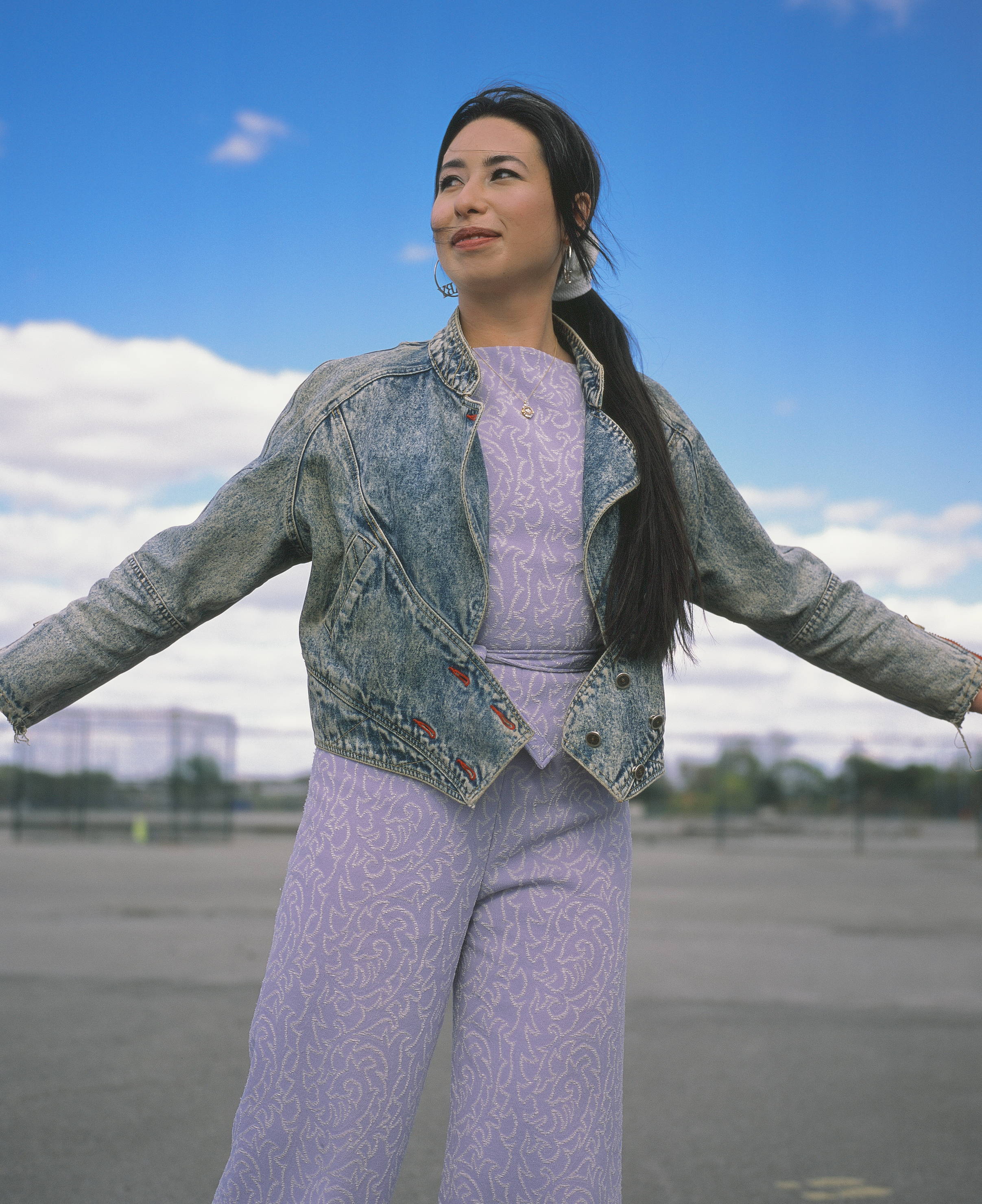 For those who are not familiar, tell us about the origins of Hua Li? Can you explain your Instagram bio ‘’Half-Chinese, half-militant, half-rapper’’?

Hua Li is my given name in Mandarin and is actually the name my family calls me at home (unless I’m in trouble, then it’s my full name, Wang Hua Li). I started performing as Hua Li in 2013 when I wanted to feel less fractured and because most people in my life know me by my English name, Peggy, I felt that making music under my Chinese name could help me feel some cohesion in my identity. My IG by-line is a bit tongue-in-cheek. I’m half Chinese and half white settler Canadian. I say I’m half militant because identity politics are a central part of what made the project, but the music is not overtly political in the subject matter. I call myself a half rapper because I probably sing more than I rap as Hua Li. I’m primarily and singer and keyboardist but as soon as I started rapping that’s all anyone ever thought of me as. Overall, I find the project is musically kind of in-between genres and I wanted a quick and silly way to express that I don’t fit neatly into any box.

How does your Asian root influence your music? Can you talk about your EP Yellow Crane, an ode to your hometown Wuhan?

When I started performing as Hua Li, I really wanted to highlight my Chinese heritage and bring the rich cultural world of my home life in conversation with the music scenes that I’m a part of in Montreal. I didn’t want to put aside my upbringing to fit into the indie hip hop and electronic music world and with Hua Li, I get to work in those genres and make a point of doing so through the lens of a Canadian-born Chinese person. Those ideas really informed my debut album, Dynasty. With Yellow Crane, I wanted to follow up my first album with a set of songs that were dedicated to particular to my family’s hometown of Wuhan. I set out to write these songs in late 2019 with the intent of introducing my audience to this unique city that they had likely never heard of. Naturally, after the pandemic began, everyone had heard of Wuhan, but not for the reasons that I wanted. In that light, the intent behind Yellow Crane shifted and it became an homage to the spirit and resilience of the city and to its 11 million inhabitants that sacrificed so much at the beginning of the pandemic with the hope that it could be contained. 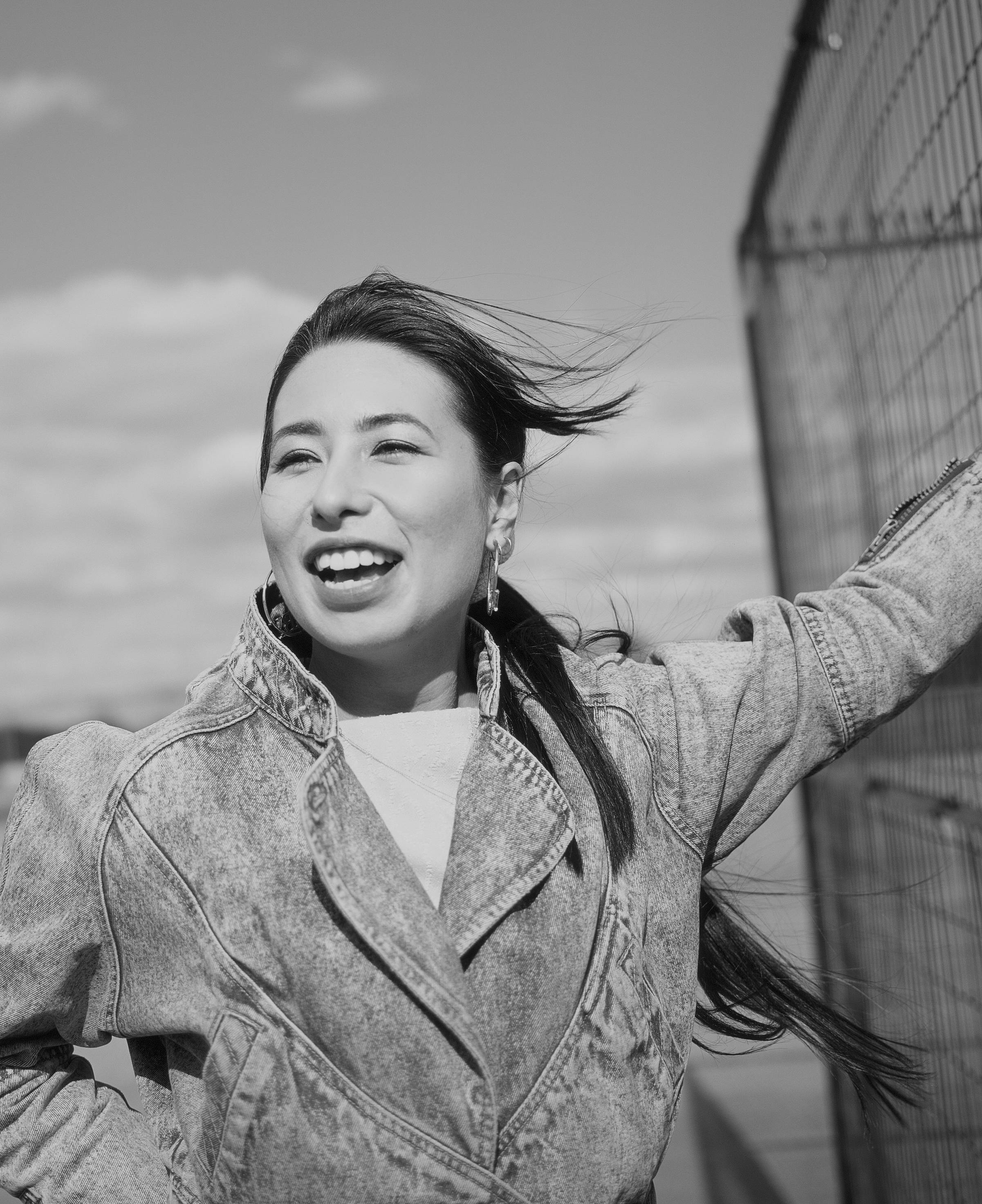 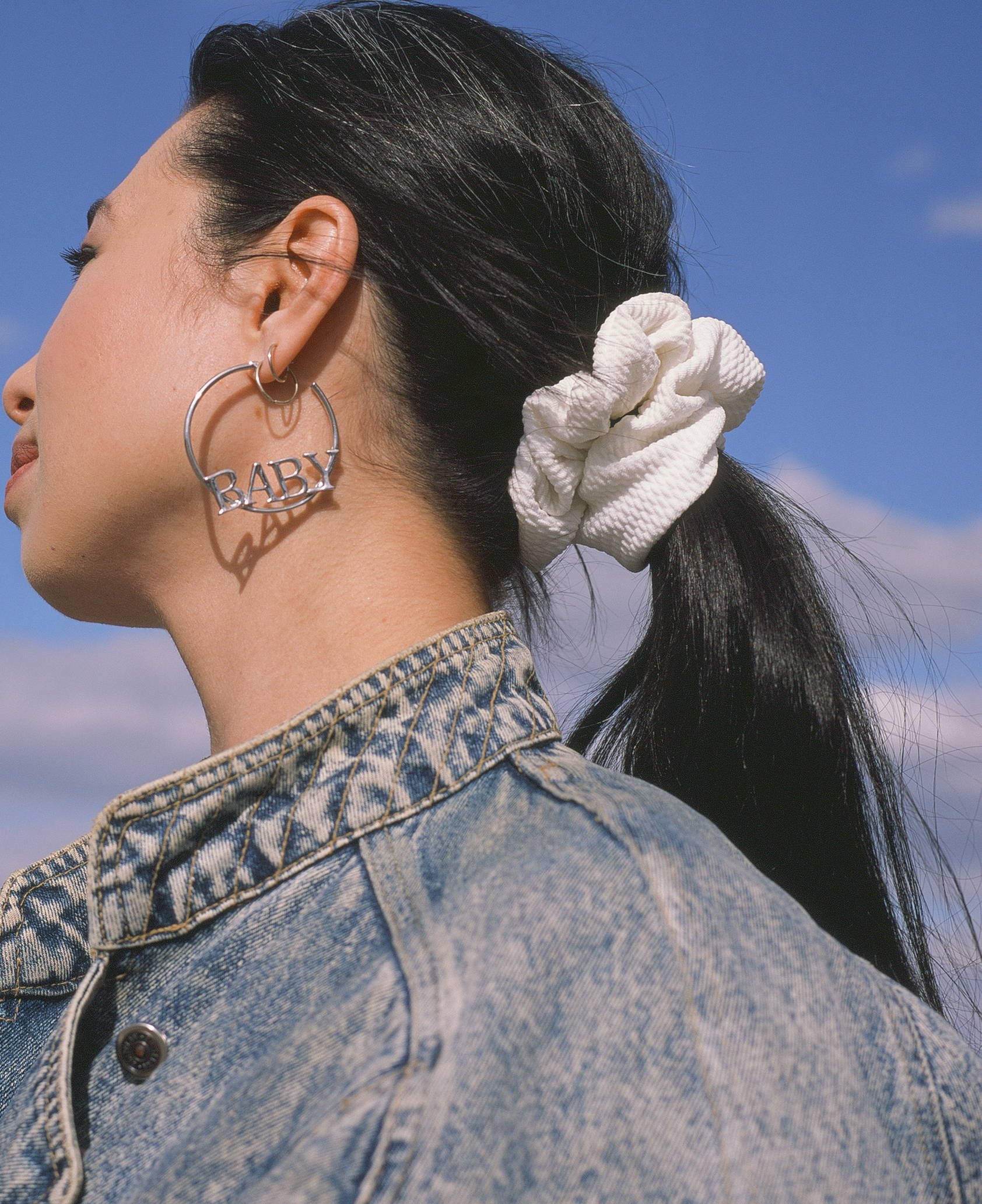 When did you truly find your own style?

I found my own unique style pretty early. Like a lot of kids with immigrant parents, I didn’t have access to name brands and trendy clothing. There is still this store in downtown Victoria where I grew up called Dots that is basically like a weird women’s clothing outlet that my mom used to take me to and I would dig through the racks for stuff that seemed relevant. I had to cobble together looks and get creative. Later on, I would shop at thrift stores with the same idea in mind. My mom was a genetic biologist in China but her degrees weren’t recognized in Canada so she fell back on her sewing skills and became a tailor, so I learned a lot from her about how to alter clothing to update it and give it a contemporary fit.

Where do you find inspiration? Can you name some of your icons/role models?

I love to research and I like to find inspiration in historical figures like the Dowager Empress Cixi. I’m also really fascinated by jazz age Shanghai and the seven great singing stars of China, especially Gong Quixia with whom I happen to share the same birthday. I also gain a lot of inspiration from my life and surroundings—it’s important to me that my closest friends are also artists that I admire and I gain so much from taking in the work of those close to me—people like Laura Acosta and Fransico Gonzales spring to mind because we are friends and I am in awe of their work. Musically, some of my heroes are Erykah Badu, Carole King and Shirley Horn.

What is your dream gig? Or dream collaboration?

I feel like I got a taste of my dream gig when I was at Banff Centre in early 2020 doing the International Songwriter Residency. I was there to write my own project but I ended up spending most of my time collaborating with other songwriters and playing piano on their songs. I love contributing to realizing the dreams of other musicians in this way, and I learn so much from trying to play in a what that fits their aesthetic and message. I hope to do a lot more work like that in the future. As for a dream collaboration, I would love to make music with Tyler the Creator one day—I think we are very musically like-minded and could come up with something very luscious and unique together.

Which local artists have you been listening to lately and want to give a shout-out? And can you tell us about the current state of the Montreal hip-hop scene?

Without a doubt, me and everyone I know stan Backxwash. She has pretty much carried us through the pandemic. Janette King just put out a beautiful single called “Cool Me Down” with DijahSB that I’ve been listening to a lot lately. My girl Gayance is dropping hot single after hot single these days, wow. Lots to be inspired by in Montreal, as always. 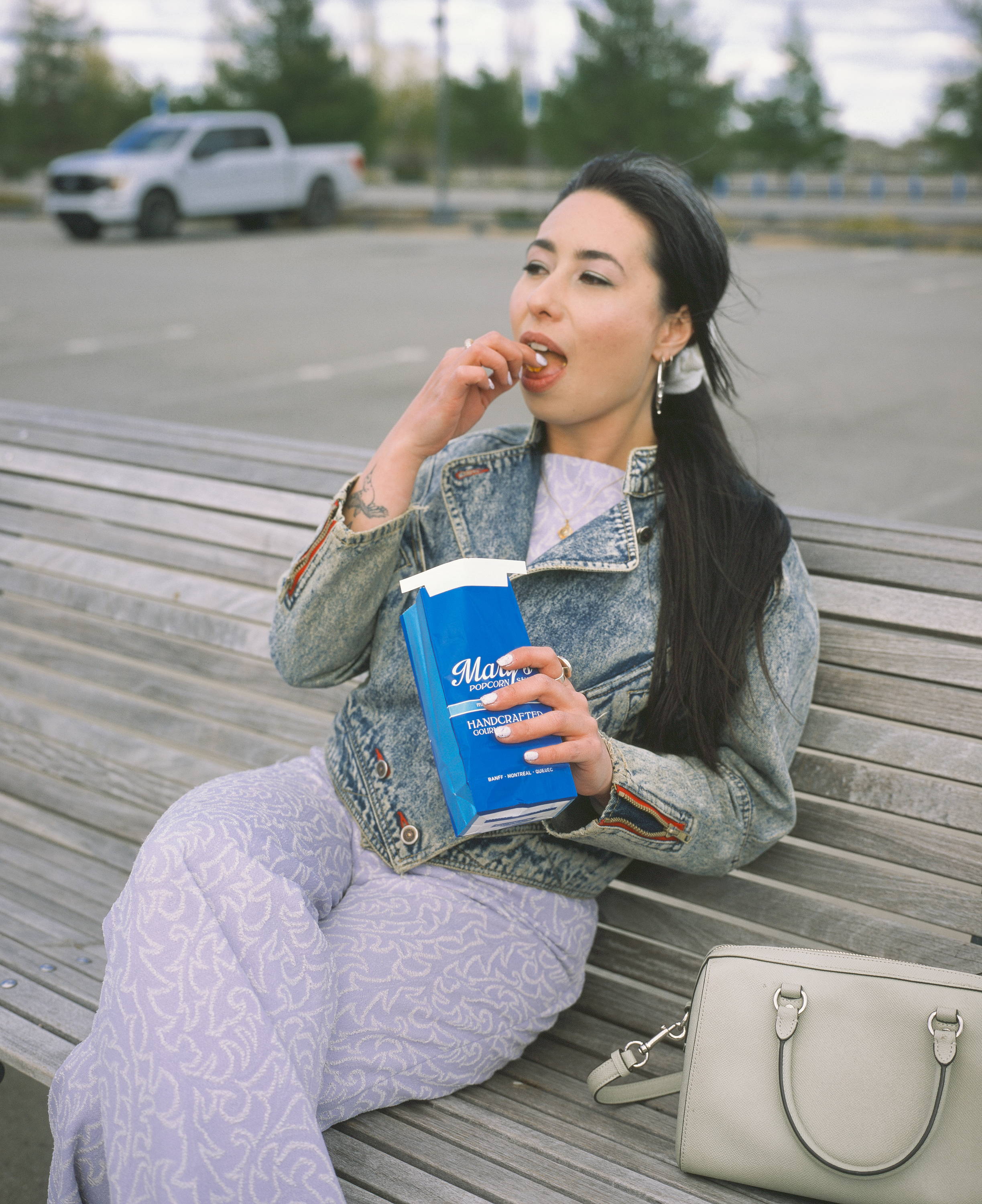 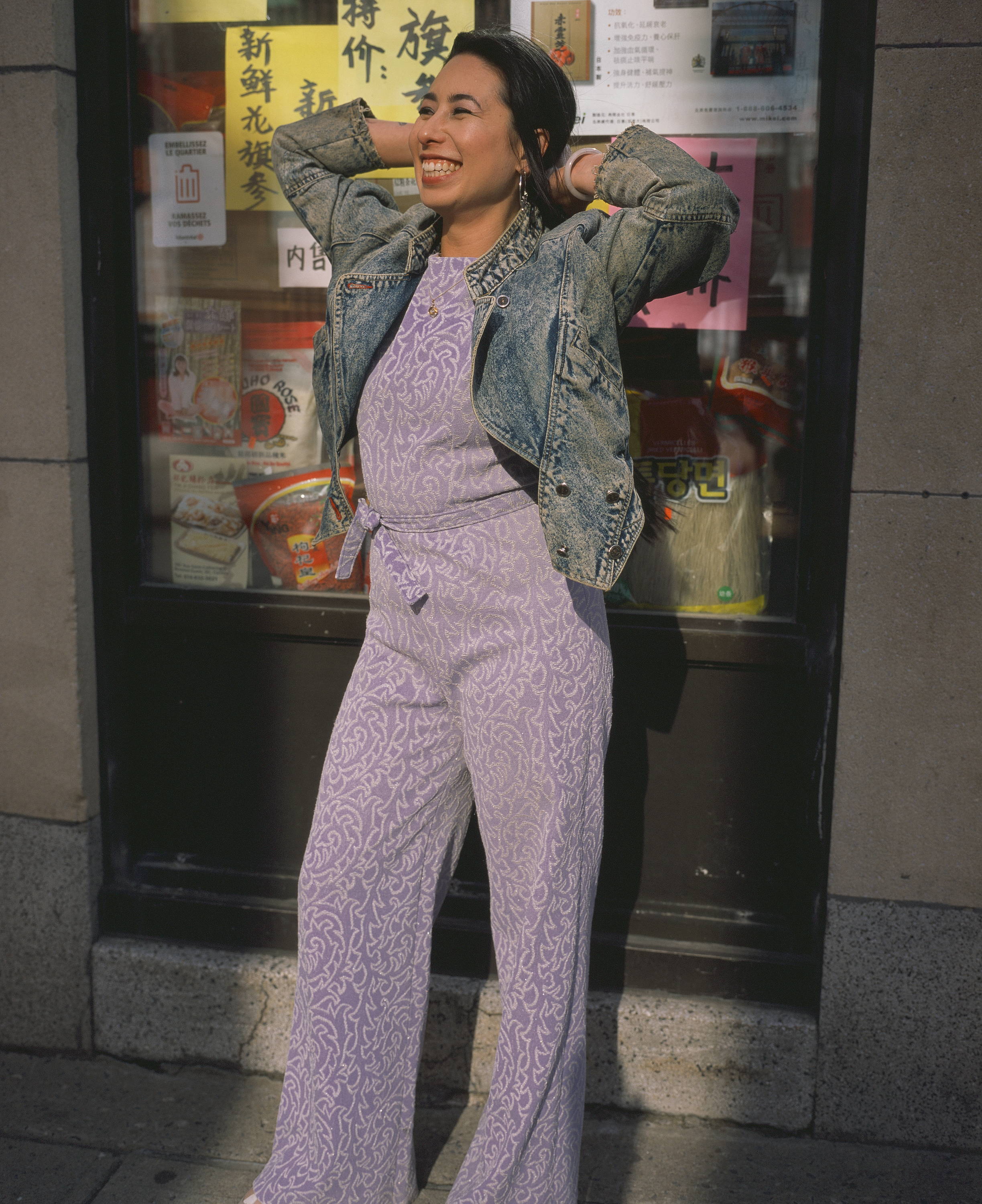 What does your community mean to you? What do you cherish the most from it?

Community is my lifeblood. It’s the place where it is safe for me to be myself and learn to be comfortable in my truth. Without my community, I would have no authenticity to express in my art. I have felt like an outsider in so many contexts throughout my life, but having found true community in Montreal, I have the foundation I need to communicate meaningfully in my music.

Can you tell us about your different projects with the community? The work you do as a music educator? Or other social work?

For a few years, I was very proud to be working with two programs called Youth Music Network and Digital South West as a music educator for kids and adults in the historic neighbourhood of Little Burgundy. I truly love the families that I got to know working in these programs and I’m delighted to say that I’ll be coming back periodically to continue to teach workshops over the next year. I also direct POP Symposium, which is the daytime conference portion of POP Montreal Festival and it’s pretty much a dream job, a space for me to put music in conversation with larger social issues. 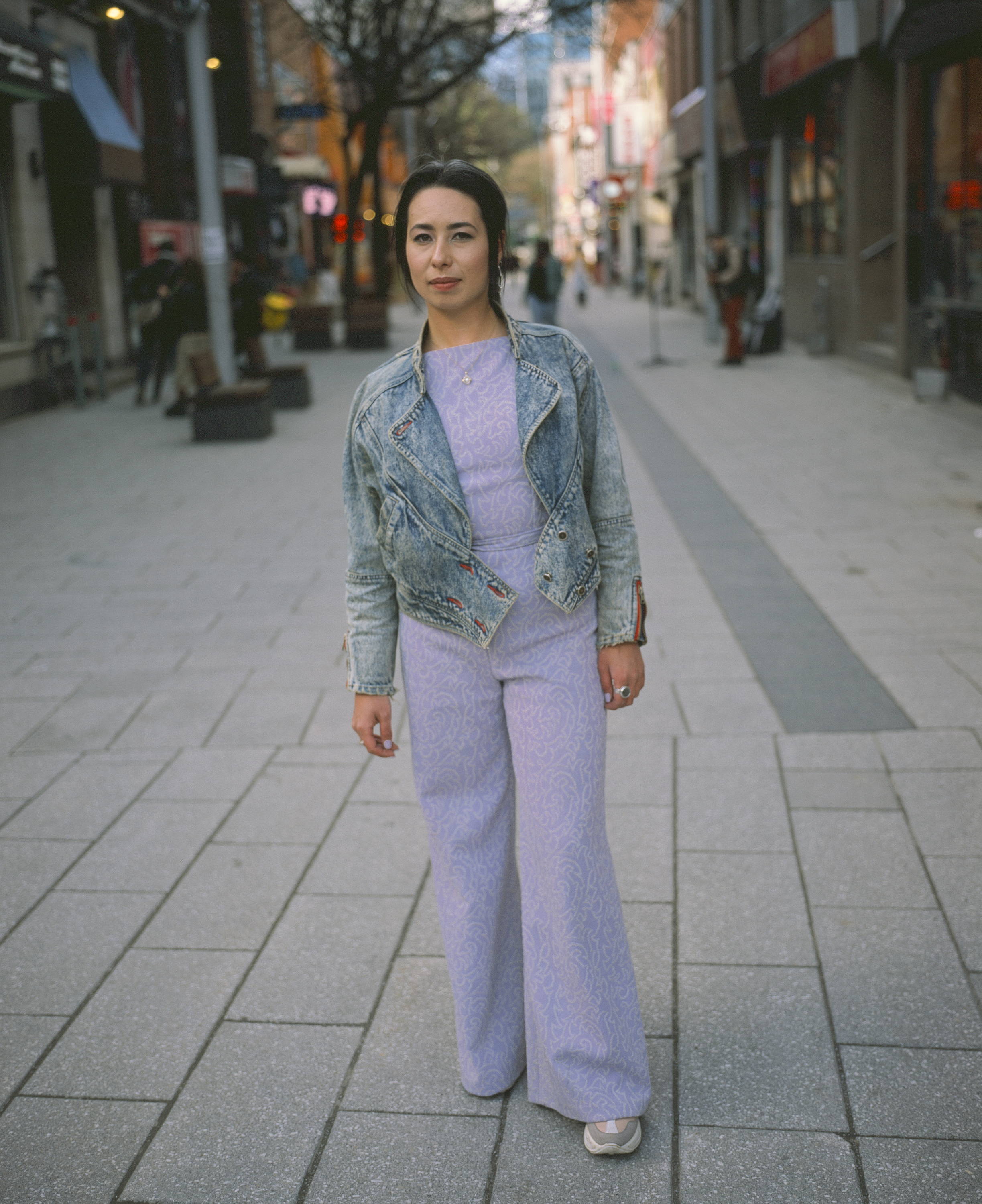 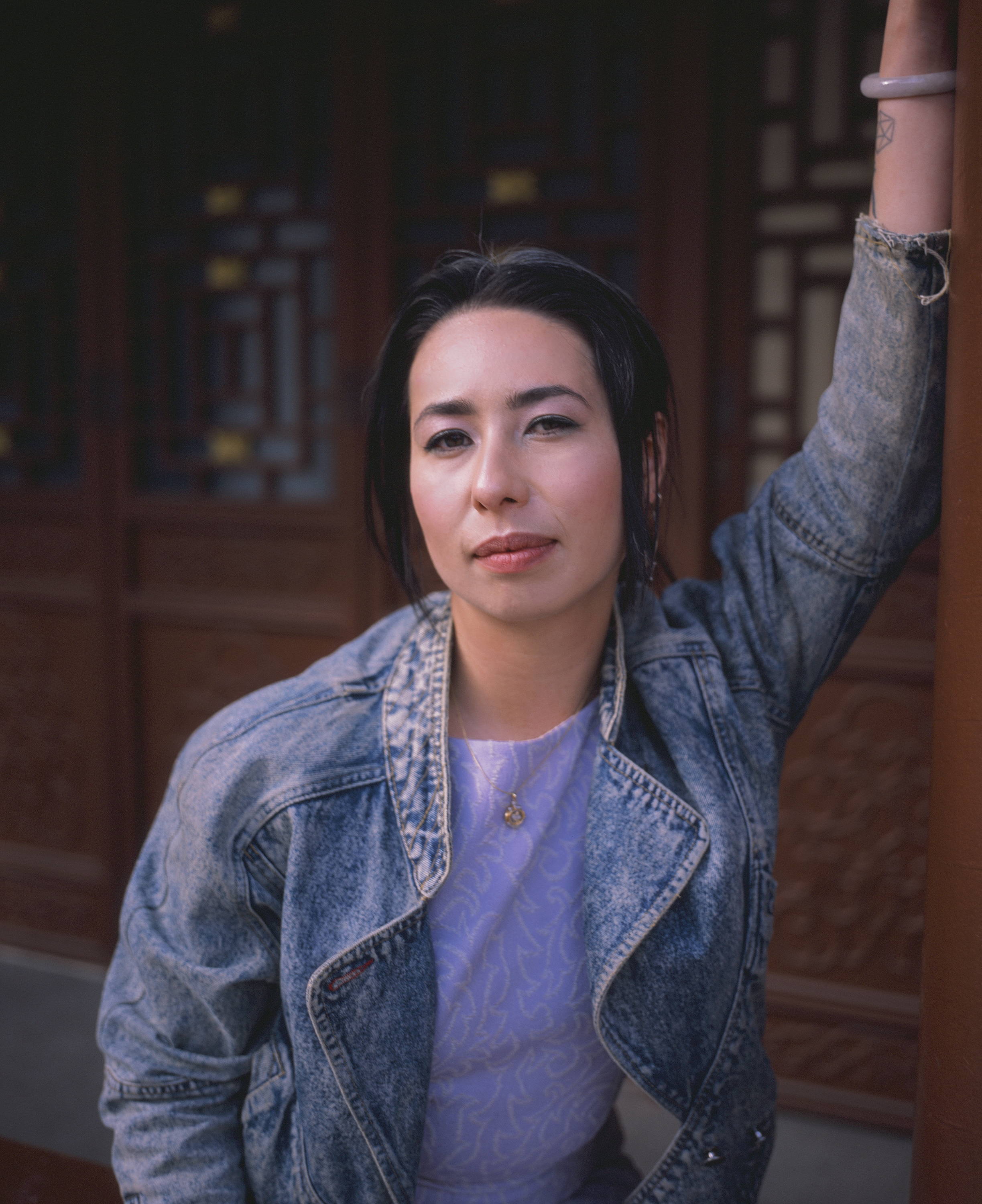 What’s your proudest achievement to date as a rapper or activist?

As a musician, I think my proudest achievement was the album launch show for my debut full-length Dynasty at Casa del Popolo in September 2019. Filling up that venue that I’ve watched so many of my favourite artists perform in was a truly touching moment for me. I don’t know if I necessarily consider myself an activist as much as an artist that is passionate about using my platform to highlight issues I care about - in that sense, I’m really proud of a panel discussion I took part in at SXSW 2018 about sexual misconduct in the music industry.

In your words, how would you define the phrase ‘’Love my Hood’’?

Cherishing, respecting and seeing the muse in one’s surroundings.

Are you currently working on some new music or other projects? What can your fans expect from them?

I just started working on the next full-length record with my producer, Alexander Thibault. You can expect us to build on the sound we honed in on with the Yellow Crane EP - spellbinding vocals over potent, danceable and hazy beats. Both of us have grown so much as artists and songwriters over the past couple of years and I can’t wait to show it off to everyone and hopefully get back on tour sooner than later! 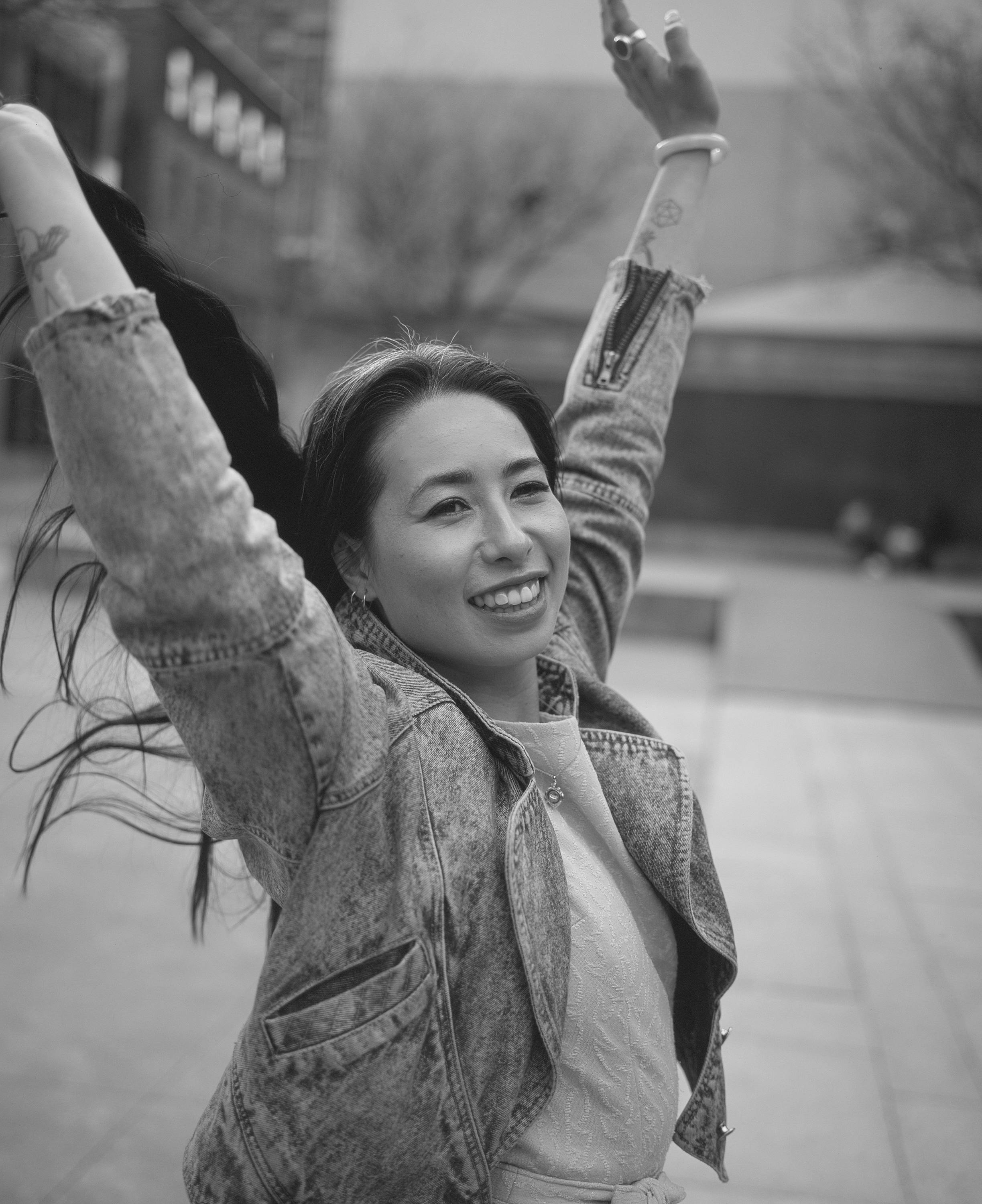